He further stated that Victoria cakes who is an American adult film star was his favourite actor at the moment , implying that she was his preferred type. 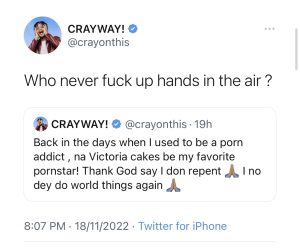